Sunday School: Part 1 of the Doctrines, Beliefs, and Practices of the Reformed Tradition

As I mentioned in my previous post, my family has been members of one of the most strict and conservative fundamentalist evangelical churches for generations. These are the legacies which I was given to accept as the truth and facts about a Supreme Being: The God of the Christian Bible.

I started my education of Calvinist doctrines from an early age beginning with "Sunday School". The education, or indoctrination as I prefer to call it originates with all the well-known Bible stories. Examples of these stories include The Creation, Noah and the Flood, Joseph and his multi-colored coat, David and Goliath, Jonah and the Great Fish, and the birth of Jesus. As I got older, I learned the more violent stories which included Samson and his slaughter of the Philistines, Joshua and the Battle of Jericho, The Exodus and the plagues inflicted on the Egyptians, Daniel in the Lion's Den, Daniel's friends in the fiery furnace, the execution of Jesus, and much more. 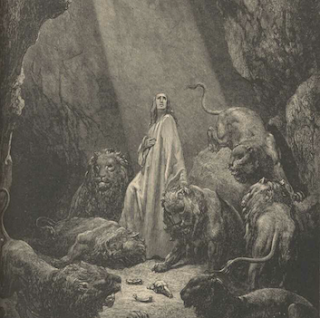 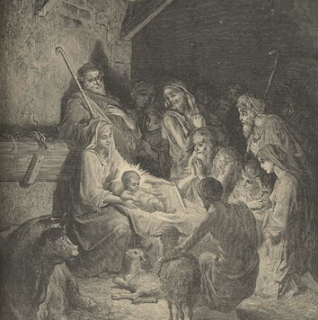 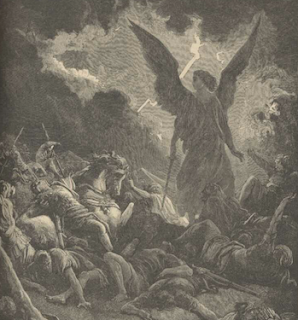 (These are Gustave Dore images which are in the public domain)

The actual killing of people was minimized and often overlooked. Explanations like "those people were evil, or they're not God's Chosen people or they didn't obey God and deserved it" were often given. For children, whose brains are still developing and do not yet understand such brazen acts of execution, they can not possibly comprehend the meaning and doctrines behind these stories. They only see people dying and don't want that to happen to themselves.

In fact, it is my assertion that these stories lay the foundations of fear which these precious children carry with them for life. Thoughts, worries, and the anxiety of ending up in hell at my death, had been the most fundamental persuading factor which kept me bound to the Christian Religion, specifically to my Calvinist beliefs.

This fear of going to Hell was central to persuading people to live upright and obedient lives following what was taught in Sunday School, preached at church services, and maintained in study groups and classes. About the age of 10, I began attending catechism classes once a week. These classes were where we would study the doctrines and history of the Protestant church, particularly the Reformed tradition. We learned about all the Confessions, Creeds, and people who were part of the Protestant Reformation. (you can read more about the Protestant Reformation in the previous post)

The most fear which was publicly evident was from the pulpit on Sundays. Every so often, the pastor would preach what was known as the "fire and brimstone" sermons. When I think back on those days, I recall how much we hated those sermons. Scaring people into believing in God just didn't seem right to me, even as a teenager. We also felt we didn't need to hear them because, by this age, we already adhered to the "true beliefs" that we had been taught since preschool.

I think that these fear driven beliefs cause irreparable harm to the believer's psyche and ensure that they will keep attending and supporting the church, usually for their entire lives. The worry about sinning by not having a pure enough life and heading to an eternal torment is enough to keep them coming back for more. Of course, there are also many other reasons for supporting the church. For my family, it was part of our tradition. It's what you did on Sunday. We went to church, usually twice (morning and evening) in support of our church.

Christian School Education picked up where the church left off. We took Bible classes in every grade in addition to Reading, Writing, and Arithmetic. These were schools of the Christian Reformed Church and were financially supported by them, in addition to tuition.

As you can see, it truly is a lifelong indoctrination, when you are a child born into that faith. I don't know how it is with other religions, but I do believe it is very similar in teaching their children from an early age. We never questioned what we learned and always assumed everything to be true. The sad part of it all, is that children are never taught to question things or to think for themselves or to form their own opinions and beliefs. I always have had an inquiring mind and wondered (to myself) whether some of these miraculous stories and beliefs, actually happened or not. But, the fear of going to hell always brought me back home to where I was most comfortable: the beliefs of our family. One hymn we sang in church proclaimed this fact that indeed it is the "faith of our fathers" The last line of each verse sums it up for me in that must always hold true the faith of our fathers:

Faith of our fathers! Holy Faith!
We will be true to thee 'till death!

Next up: What are these Doctrines that the Calvinist believes?