I took some time off from the blog, unintentionally, because I got caught up with all the politics and campaigns going on in July. What a complete mess! Anyways, I'm back and I will try to blog more often.

Previous blogs gave stats on the World's Religions and a bit about their Origins. I want to concentrate mainly on Christianity, Islam, and Judaism. These three religious groups comprise over half the world's population and they share foundational roots, that being the Abrahamic tradition. For those not familiar with this term, Judaism's story begins with Abram, later known as Abraham. Supposedly, the one and only true God chose Abram and made a covenant with him. He promised Abram that he would have as many descendants as the stars, and God would give them some land in the Middle East, known later as the "Promised Land".

Judaism, the religion of Abram's descendants, for all intensive purposes started with Moses. Moses and God had a personal relationship and the Bible says that they spoke to each other all the time. God gave Moses a bunch of laws, rules, and practices that the Israelites had to follow. If they didn't, the penalty in many cases was death. The most famous of all these laws, which most people are familiar with, is the Ten Commandments.


Judaism produced the Hebrew Bible, on which the Old Testament of the Bible is primarily based. 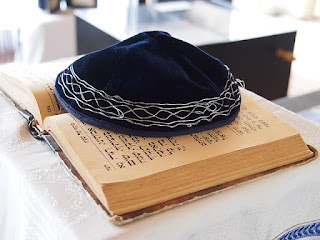 Christianity produced the Bible consisting of the Old and New Testaments. Christians believe the Bible is the inspired words of God. 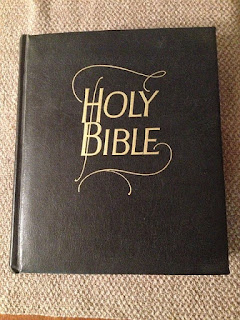 Islam believes only in the Torah (the first five books of the Old Testament), and the Psalms as inspired, along with their holy book the Qur'an or Koran, which was produced by Muhammad. 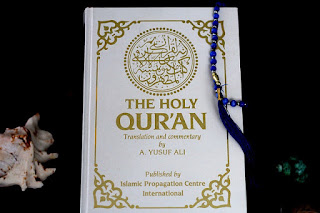 Since these three religions all have a common foundation built on the first five books of the Bible, I will narrow my focus to these five books of Moses, or the Torah. Genesis is the foundational book of the Bible, and this is where I will begin my study. What better place to start than the beginning of a book?

Before I begin sharing my research on Genesis, I want to give you some more background on myself, more detailed than what is shown in my profile. I will post this in the next blog.